The Wizard of Gore 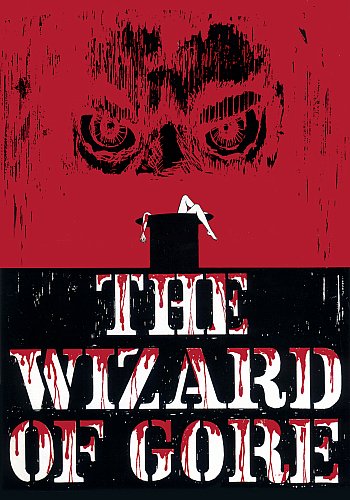 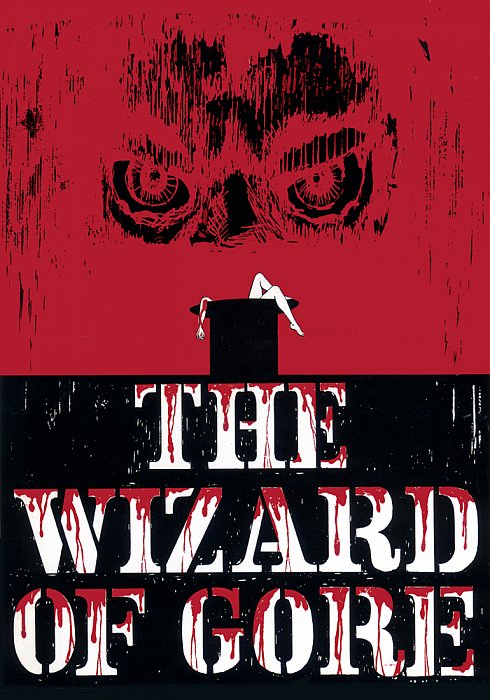 Is It Magic? Or Wholesale Slaughter?

Montag the Magnificent (Ray Sager), THE WIZARD OF GORE, is a seedy small-time magician with a shocking stage act. Hypnotizing pretty young women from the audience to be his obedient volunteers, Monage then proceeds to mutilate them in a series of Grand Guignol illusions. A woman is cut in half with a chainsaw, another is drilled through the stomach with a giant punch press, a metal spike is driven through one gal’s head, and two ladies are forced to swallow swords.

Trouble is, after the show, the "illusions" become all too horribly real.
Intrigued by Montag’s act, but unaware of his true powers, television talk show hostess Sherry Carson (Judy Cler) invites Montage on her show. Montage promptly hypnotizes the viewing audience and leads Sherry toward a fiery new illusion...
Blood, Guts, and offbeat surrealism in another crackpot classick from the "Wizard Of Gore" himself, director Herschell Gordon Lewis.

SEE...THE SMASHING PUNCH-PRESS, THE SWORD-SWALLOWING TRICK, THE SPIKE TRHOUGH THE BRAIN, THE BURNING TANK, THE LADY SAWED IN HALF- as you’ve never seen them before