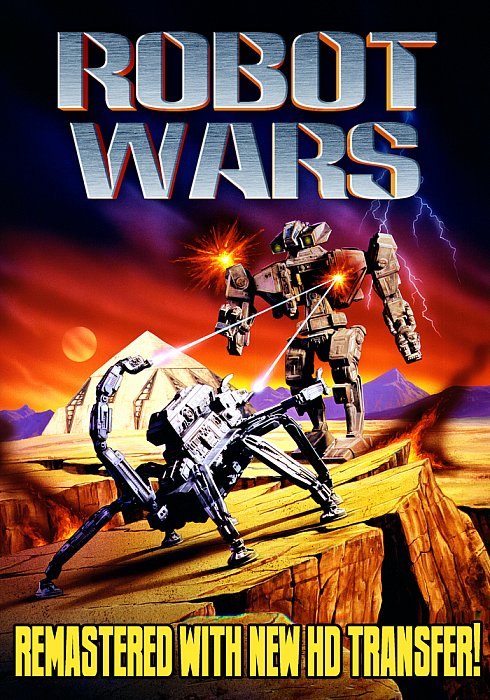 Toward the end of the 21st Century two great powers dominated the world, a division that resulted from a 30-year war known as the War of the Hemispheres.  The war came to an end with the creation of giant, indestructible mega-robots designed for military missions and balance of power. With the treaty came peace and both sides merged into one government, the New Federation.

The armed forces were reduced to one single mega-robot, the MRAS-2, an

80-foot-tall Mega-Robotic-Assault-System, now used to guard the most dangerous spot on earth.  The MRAS-2 now patrols the highly restricted area known as the Crosshair Zone, the site of the Toxic Tomb-a dumping ground for the most dangerous toxic waste.  Periodically, lone-wolf terrorist groups try to get to the tomb to gain materials to launch chemical warfare against the New Federation police forces.  But MRAS-2 is the most sophisticated weapons system ever built and is indestructible.

Recently, the mega-robot has become a tourist attraction and is used for tours through the wasteland.  While on one such tour, the MRAS-2 is attacked by an extremely violent terrorist group known as the Murdaggians.  Their leader turns out to be a frequent passenger on the mega-robot, Professor B. Wa-Lee, who hijacks the MRAS-2 and heads for the Toxic Tomb. If he succeeds in opening the tomb, the Murdaggians can carry out their threat to destroy Los Angeles.  The only hope to stop the Murdaggians is Lane Drury, the robot's pilot, who has escaped and knows how to stop the MRAS-2.  With the help of Lisa, the daughter of the New Federation President, Drury finds another mega-robot still intact.  The MEGA-1 rises from beneath the earth like a colossus and confronts the MRAS-2 before the Toxic Tomb is penetrated. Now, Drury and Wa-Lee both know theirs must be a fight to the finish.