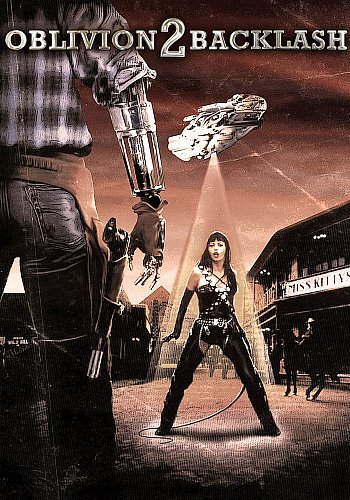 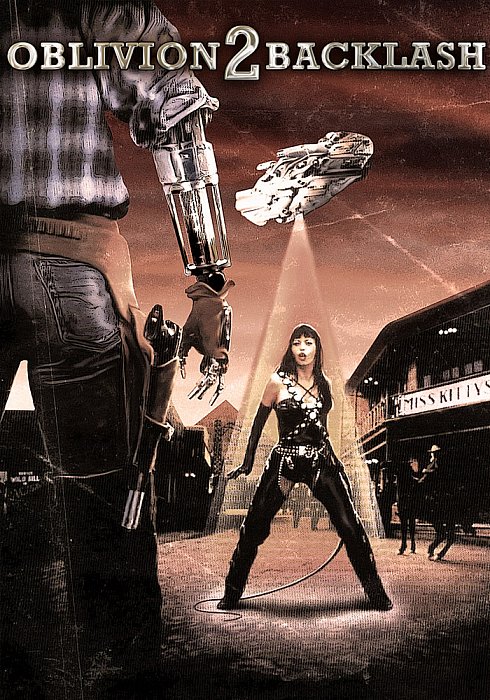 It's High Noon AGAIN at the End of the Universe!

The comedy-western-science-fiction saga continues as the dusty town of "Oblivion" plays host to a motley collection of space-travelling aliens. In the alien-western world of Oblivion, a suave, yet lethal bounty hunter named Sweeney (Maxwell Caulfield) arrives to arrest the seductive outlaw Lash (Musetta Vander) on multiple charges, including murder. Lash, who just "inhaled" a mine of Derconium (the most valuable mineral in the universe) from Crowley (Jeff Weston) in a game of cards, meets up with Redeye's brother, Jaggar (Andrew Divoff), who wants the mine for himself to rule the galaxy.

It's a fight over Lash between the sheriff of Oblivion (Richard Joseph Paul), Jaggar, and Sweeney. But who will emerge victorious?