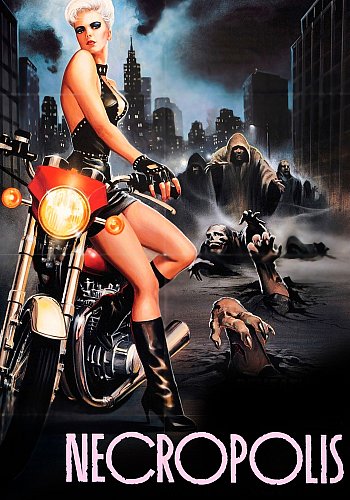 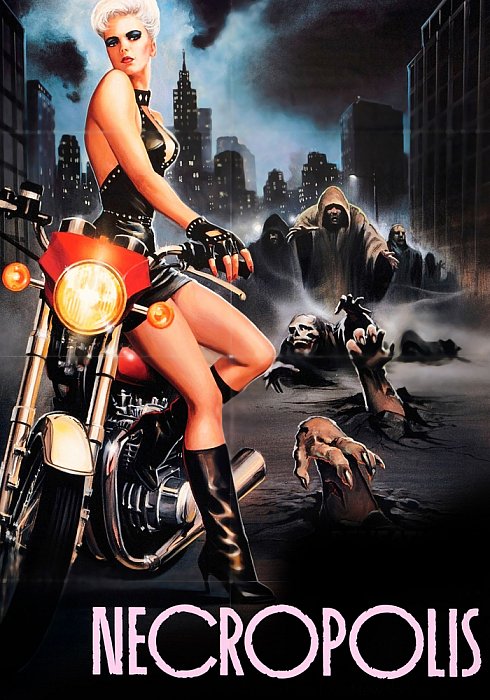 Lusty actress LEEANNE BAKER and Michael Conte take you "down under" to NECROPOLIS in an action packed zombie thriller that makes Night of the Living Dead look like a slumber party. The streets of New York are nothing like Eva remembers them. In those good old days witches like Eva were roasted at the stake, but that was 300 years ago! If it wasn't for her indestructible magic ring, she would never have been reincarnated to her new life as leather-clad, motorcycle riding-punkette.

In the streets of modern day New York City, the ring now belongs to a crusading black minister named Reverend Henry James. Eva is on a mission along with her adoring cult of grotesque ghouls: find the missing ring and sacrifice a young virgin to maintain her eternally youthful status. The problem isn't the ring, but where will she find a virgin in Manhattan? Searching and slaughtering along her way, Eva's one wicked Witch! A virgin is finally found, but she won't be taken easily – in the final battle, the city erupts – NECROPOLIS is at war...

Watch for a very young GLENN DANZIG as one of the Eva's victims!