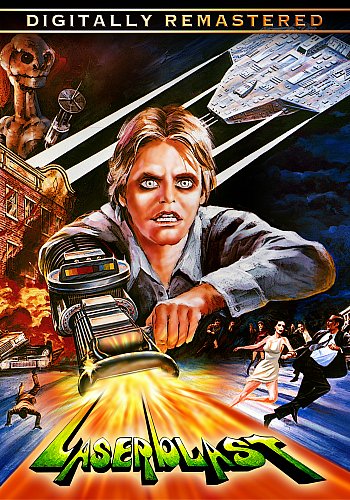 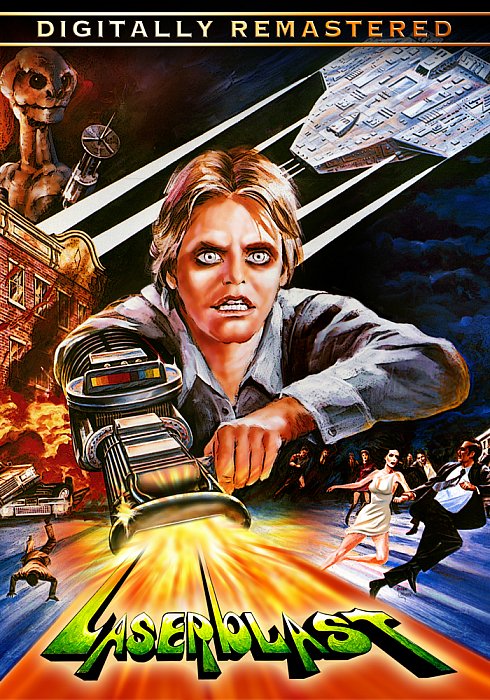 Crawling up from Full Moon's primordial ooze is Laserblast, a bona fide Charles Band classic and one of the weirdest science fiction tales ever told!

Happy go-lucky Billy Duncan discovers an otherworldly laser gun in the southern California desert,making him the target of a pair of aliens (rendered in stop-motion by the late, great David Allen) who had recently executed its previous owner. As Billy revels in the power of the weapon, he begins to change, his skin taking on a green hue and his mind becoming more and more malevolent. As the tainted teen becomes more powerful and lethal, it's up to the local authorities and the aliens to stop him before he blasts his way to oblivion!

Prepare to get BLASTED!