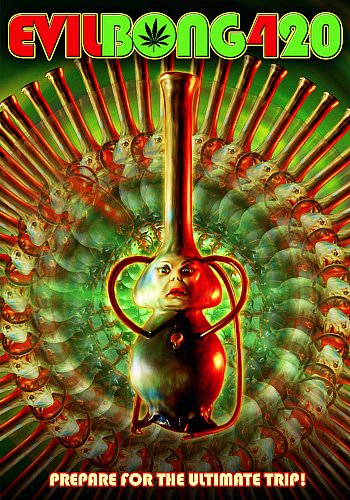 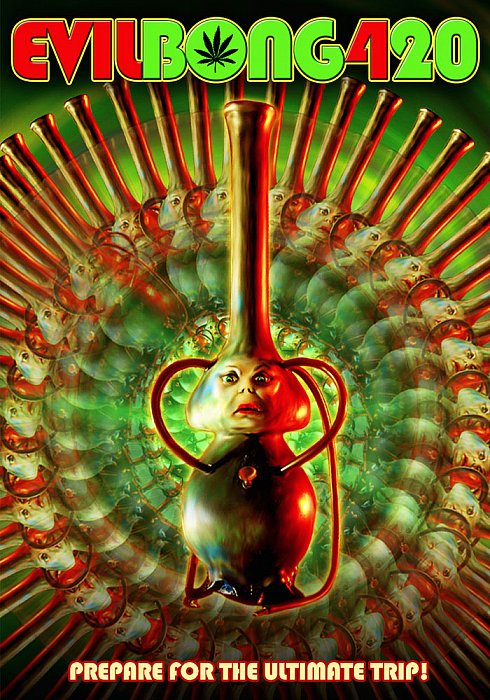 Polish your balls and head to the lanes. Rabbit has escaped the Evil Bong’s World of Weed, and has opened a topless bowling alley. It’s the Grand Opening and the balls are rolling, the boobs are bouncing and the weed is plentiful. When his old friends, Larnell and Sarah Leigh stop by to help him celebrate his wacky new business venture, things are finally looking up for Rabbit, right? Wrong! Evil Bong is hot on Rabbit’s trail. With the help of the murderous Gingerdead Man, they crash the most balls out party of the century. But Gingerdead Man has plans of his own when he learns that the secret to becoming a real man is getting his cookies off.

The Bong is BACK!! And so is everybody else, including Sarah Leigh (Robin Sydney), Larnell (John Patrick Jordan), Rabbit (Sonny Carl Davis), Velicity (Amy Paffrath), Hambo, Gingerdead Man, Ooga Booga and tons of insane surprise guests.

It’s the movie with its mind firmly in the gutter. EVIL BONG 420 has the biggest balls, boobs and bongs you’ll see all year.