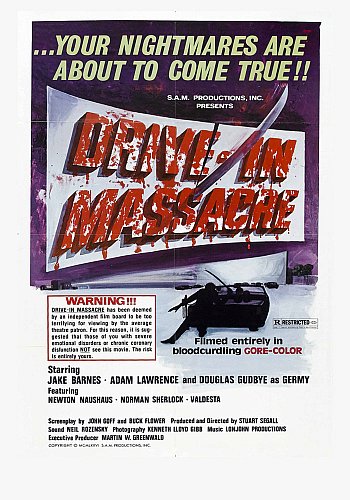 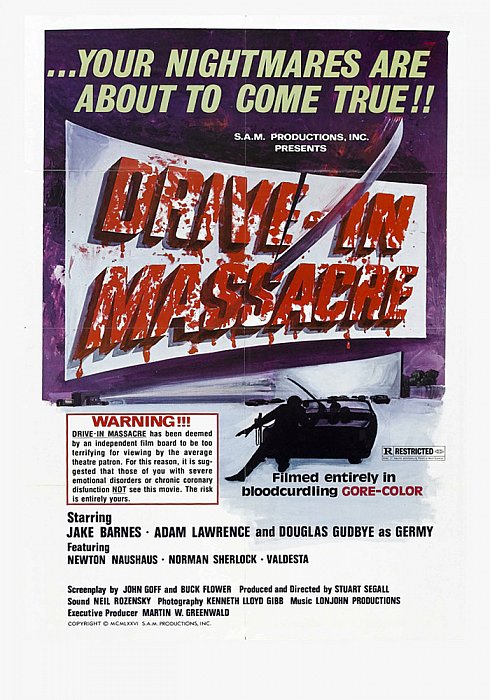 A restless crowd and a bad double feature lead to two brutal killings at the drive-in! Detectives Koch and O'Leary assemble a cast of suspects that would make Charlie Chan cringe. Is it the deranged knife thrower 'Germy' Garmi? Is it Austin the foul mouthed bigot? Or Orville the pathetic voyeur? What about the machete maniac determined to cleanse his soul in a bath of blood? Lunatics and loony tunes make a bad blend at the midnight matinee! Patrons are splattered across the screen. Members of the audience are dismembered. Cold razor sharp steel slices through warm flesh. Hot blood spurts and squirts over the screen! A flashing blade! The flap of film! A putrescent projectionist! A dollar a carload is no bargain at this drive-in! Don't hide your friends in the trunk.