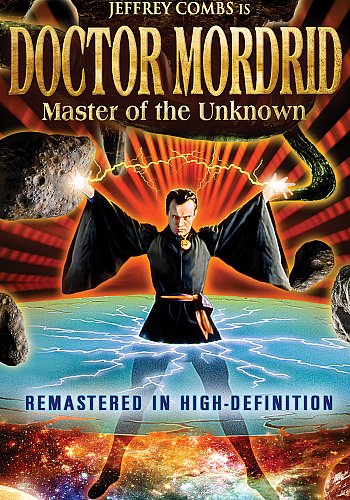 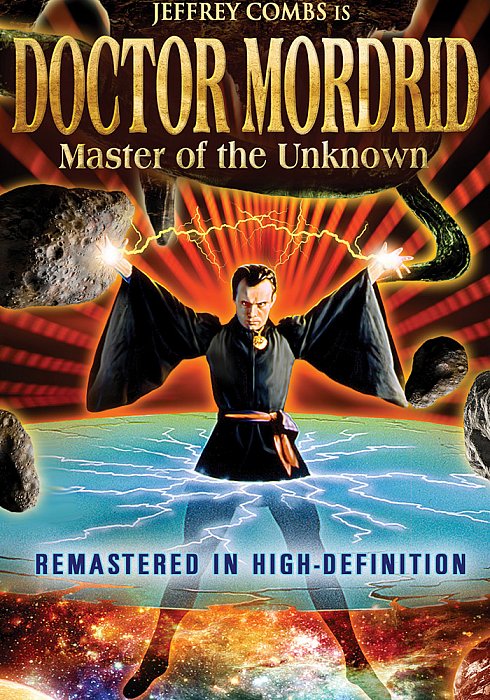 Doctor Mordrid has been remastered in high-definition and looks better than ever!

Two beings from another dimension; two sorcerers with immeasurable powers. One has sworn to destroy the Earth; the other has vowed to protect it. Their timeless battle has crossed over from the fourth dimension and only one man will reign in the end...

Doctor Mordrid (JEFFREY COMBS) is the chosen guardian who can protect the Earth from eternal darkness; Kabal (BRIAN THOMPSON) is his vengeful enemy whose implacable wrath has escalated with time. Kabal has arrived on Earth and is planning to use his infinite powers to unleash a horde of hellish demons to devour and destroy humankind.

Bound by hate and a mystical amulet that holds the powers of life and death, the immortal wizards will meet for the last time. Their centuries-old rivalry has matured into the ancient struggle of good versus evil. Now, their battle takes on majestic proportions as Mordrid and Kabal give life to prehistoric skeletons and begin their final conflict...