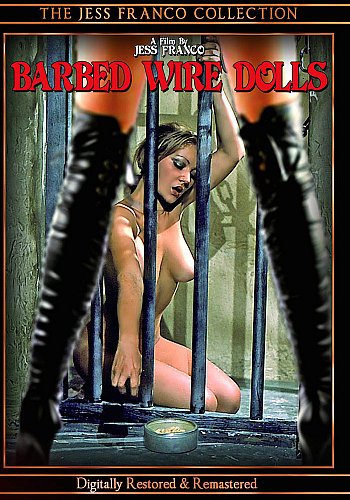 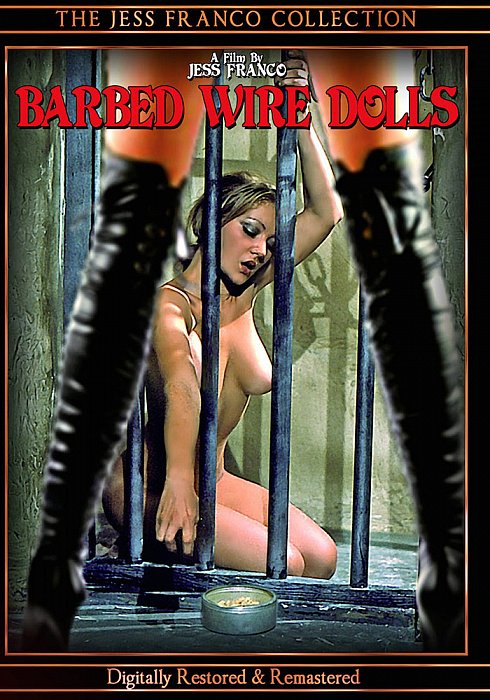 From the fevered minds of maverick exploitation filmmaker and director Jess Franco and notorious Swiss genre movie producer Erwin C. Dietrich, comes BARBED WIRE DOLLS, one of the most outrageous entries in the “Women-in-Prison” film cannon.

In it, Franco favorite and lifelong muse Lina Romay stars as the wide-eyed Maria, an unfortunate young woman who kills her father (played by Franco) in self defense after he attempts to rape her. She is tried, sentenced and shipped off to what is perhaps the grisliest, greasiest and most depraved women’s penitentiary in screen history where, at the hands, fingers and fists of psychotic lesbian warden Monica Swinn, she and her fellow inmates are subjected to an endless onslaught of perverse psychological and sexual abuse. Graphic sex, Sapphic erotica, copious amounts of female nudity and offensively staged scenes of genital humiliation are the order of the day in this sleazy Franco masterpiece that is offset by a romantic, evocative score by composer Peter Baumgartner and Franco regular Daniel White.

Get ready to enter the shocking world of BARBED WIRE DOLLS!