A Taste of Blood 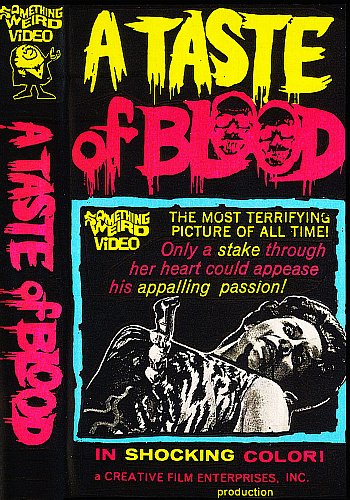 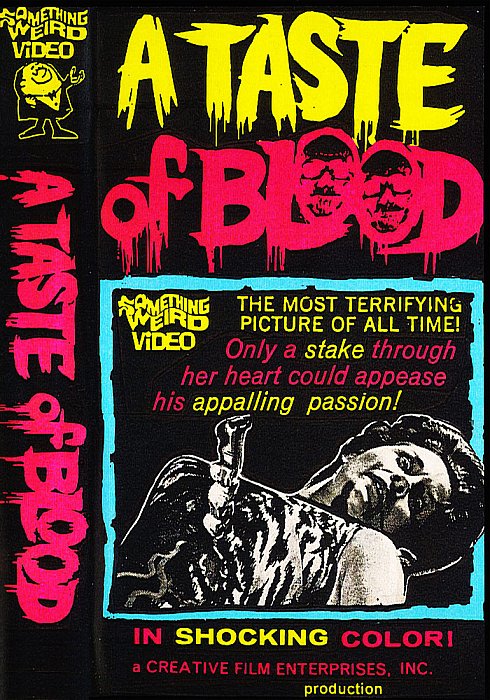 John stone (Bill Rogers), a mild American businessman receives an odd inheritance in the mail: tow bottles of ancient brandy which, unknown to Stone, also contain the blood of his ancestor, Count Dracula! Despite the foreboding of his wife, Helene (Elizabeth Wilkinson), John drinks the brandy and sure enough, slowly turns into a pasty-faced vampire.

Worse, in addition to his newfound thirst for neck slurping, Stone seeks revenge against the ancestors of those who killed the vampire king. However, when Stone murders an exotic dancer known as "Vivacious Vivian," Dr. Howard Helsing (of the Dracula Killing Helsings) takes notice, but not before Stone puts Helene under his spell.

A TASTE OF BLOOD is a moody modern-day vampire tale from cult director Herschell Gordon Lewis (WIZARD OF GORE) who (as "Seymour Sheldon") also turns in an amusing cameo as a British seaman. It is also known as THE SECRET OF DR ALUCARD.